Root canal therapy is a procedure that raises the fear levels of many who hear the words “root canal”, although it certainly doesn’t have to! And as is the case surrounding some other medical and dental treatments, root canal therapy has a number of myths attached to it. Thankfully for our patients here at Geelong’s Dentistry of Excellence, there are very simple facts that can easily allay any fears you may have about Geelong root canal therapy and some of the silly myths about the procedure.

One such myth is that root canal therapy is one of the most painful things you can have done. Thanks to the incredible advances in dentistry over the years, root canal therapy is most certainly not as painful as it might sound! With modern dental technologies and fast-acting anaesthetics, the level of pain associated with root canal treatment is comparable to having a tooth filled. It is also extremely comforting to remember that the aim of root canal therapy is not just to treat the infected tooth, it is also to relieve you of the associated pain you will be suffering as a result of that infection.

Another myth that you may have heard is that root canal therapy causes illness. This myth has been doing the rounds since the 1920s, when Dr Weston A. Price advised patients to have a tooth removed rather than treated as a treatment for diseases elsewhere in the body. Modern science, and indeed a great deal of science in the 1920s as well, points to the fact that tooth extraction causes a significantly greater incidence of bacteria making its way into the bloodstream over root canal therapy or other endodontic treatment. Wherever possible, we advise saving your natural teeth as the best option rather than tooth extraction.

If you have any fears or concerns surrounding root canal treatment, please don’t hesitate to talk to our friendly team at Dentistry of Excellence. Call us on 03 5243 1255 and we will be able to answer all your questions and ally any concerns you may have. 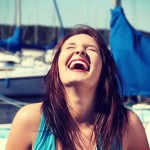